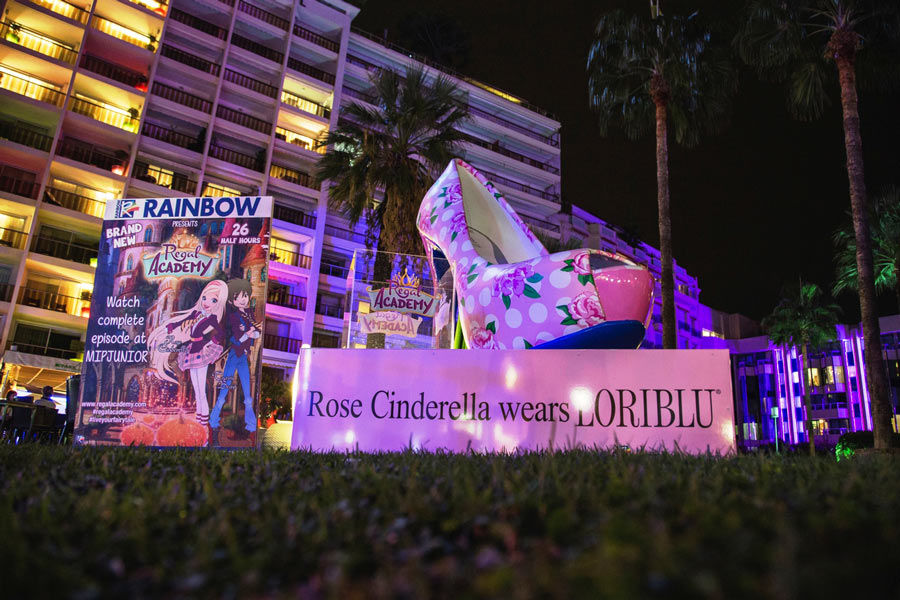 Loriblu, brand leader in luxury footwear, and Rainbow, content company famous worldwide for its animated and multimedia productions (such as Winx), announced in Cannes during MIPCOM a co-marketing agreement for the new series Regal Academy.

The partnership between the two companies was announced in Cannes in an exclusive cocktail: the two excellence of Made in Italy will work from October 2015 to give life to a series of initiatives dedicated to the new production Regal Academy, one of the most anticipated of 2016. Loriblu designed the footwear for the protagonist of the series Rose Cinderella, which was exhibited in the garden of the Grand Hotel in Cannes as a statue: a wonderful open toe shoe to 2 meters high, that will be shown at numerous events to be held in 2016. Graziano Cuccù, founder and designer of Loriblu, design himself the statue (and the shoe), following step by step the realization.